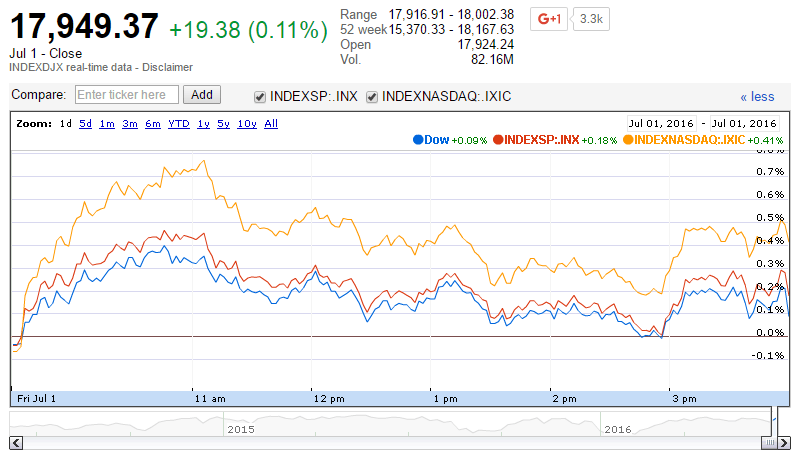 The Week’s Factors and Events

Stock trading is closed on Monday for the Fourth of July holiday however the trading week will be a busy one for the U.S. market. For the week, the market focus will mainly be on the labor market which will report employment data for June on Friday. The Employment Situation report from the Bureau of Labor Statistics will be released on Friday morning at 8:30 AM EST. The expectation is for an increase of 180,000 jobs with an unemployment rate of 4.8 percent. This report follows May’s surprisingly low jobs report which showed an increase of only 38,000 jobs. The jobs report will be a key factor for indicating the direction of the economy and for monetary policy. On June 28, the Bureau of Economic Analysis released its final estimate of GDP which showed GDP increasing to 1.1 percent SAAR for the first quarter. With an improved GDP growth rate and inflation at stable levels, the jobs report is the final component helping to guide the direction of the U.S. broad market economy.

During the week, services will be in focus as the PMI Services Index report and ISM Non-Manufacturing Index report are both released on Wednesday. Also on Wednesday, the FOMC Minutes from its meeting on June 14 and 15 will be released. The Fed’s next meeting is July 26 and 27.

The number of earnings reports will also start to increase this week as company’s begin reporting their second quarter earnings.