The Dow had another bullish week that has started with weakness, reaction down and a remarkable reversal up, closing with a new all time High. The Weekly bar closed as a bullish Pinbar on sloping 8 EMA, a powerful bullish signal once its High is taken out to reach the same amplitude of the bar.

The Monthly bar of May printed finally a bullish Pinbar on sloping 8 EMA, already got the trigger by a thrust up, and its target is around 21700.

As mentioned in the last review, the market is in a bullish  setup made by a Follow Through model, and the target is the area level of 21550. We have now another potential justification as the Weekly Pinbar points to the same area level by its amplitude (assuming its High is being taken out). So currently the best point to join the move would be on a breakout of the Weekly High. 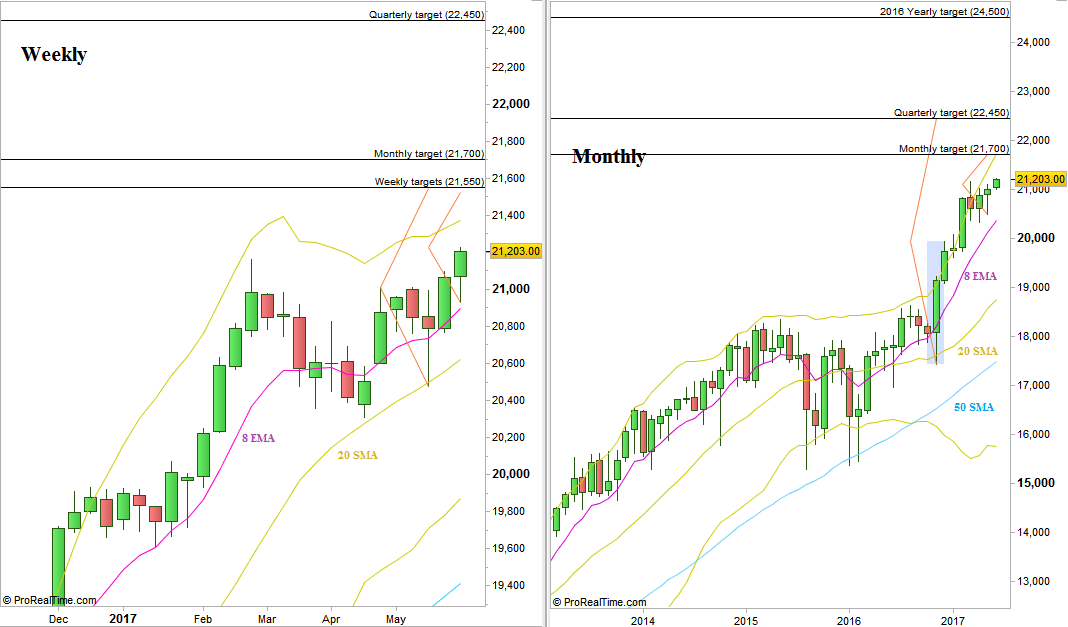 Dow Futures: Weekly and Monthly charts (at the courtesy of prorealtime.com).