Among other blue-chip firms reporting on Tuesday, shares in Goldman Sachs (NYSE:GS) initially took a hit, falling more than 1% in pre-market trade after the broker reported a 0.5% drop in revenue. Shares had since recovered somewhat and investors appeared to find solace in the better-than-expected numbers and were last off only 0.3% in volatile trade.

Outside the blue chip index, Bank of America (NYSE:BAC) was off 0.4% despite releasing numbers that beat on both the top and bottom line.

On the political front, a second attempt by Republicans to replace Obamacare collapsed, delivering a major policy blow to the Trump administration.

The setback triggered a selloff in the dollar, with the greenback falling to 11-month lows against major rivals. 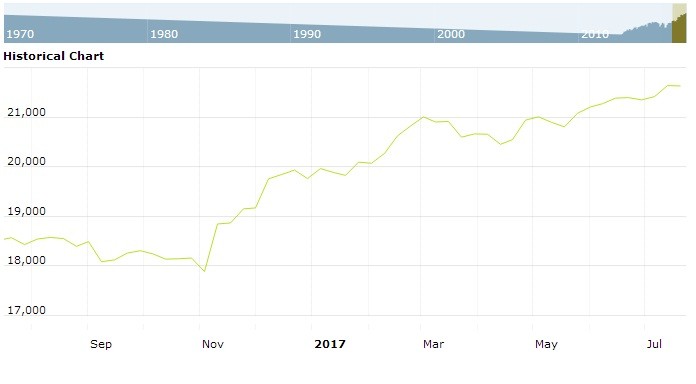