U.S. stock index futures pointed to a slightly weaker open on Wednesday after Wall Street closed at record highs in the previous session.

At the event, the tech giant revealed its latest iPhone called the iPhone X, which has prices starting from $999 and will ship from November. The company also put on display its new iPhone 8 and 8 Plus, a new Apple Watch and their Apple TV 4K.
Overseas, European stocks were trading under pressure in early market trade, while markets in Asia closed on a mixed note. 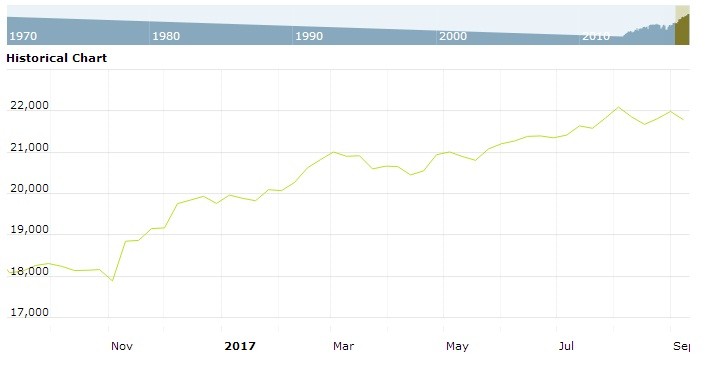